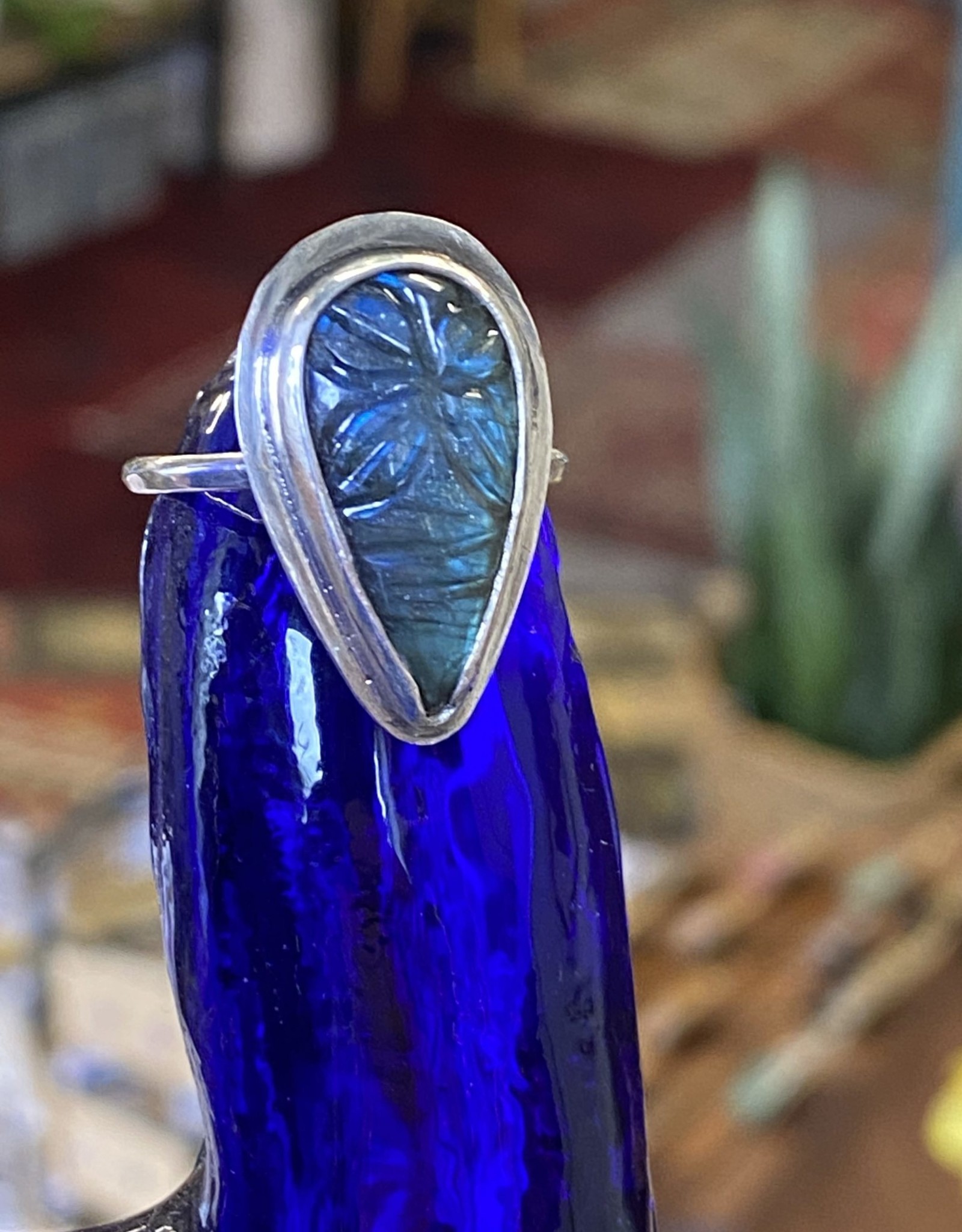 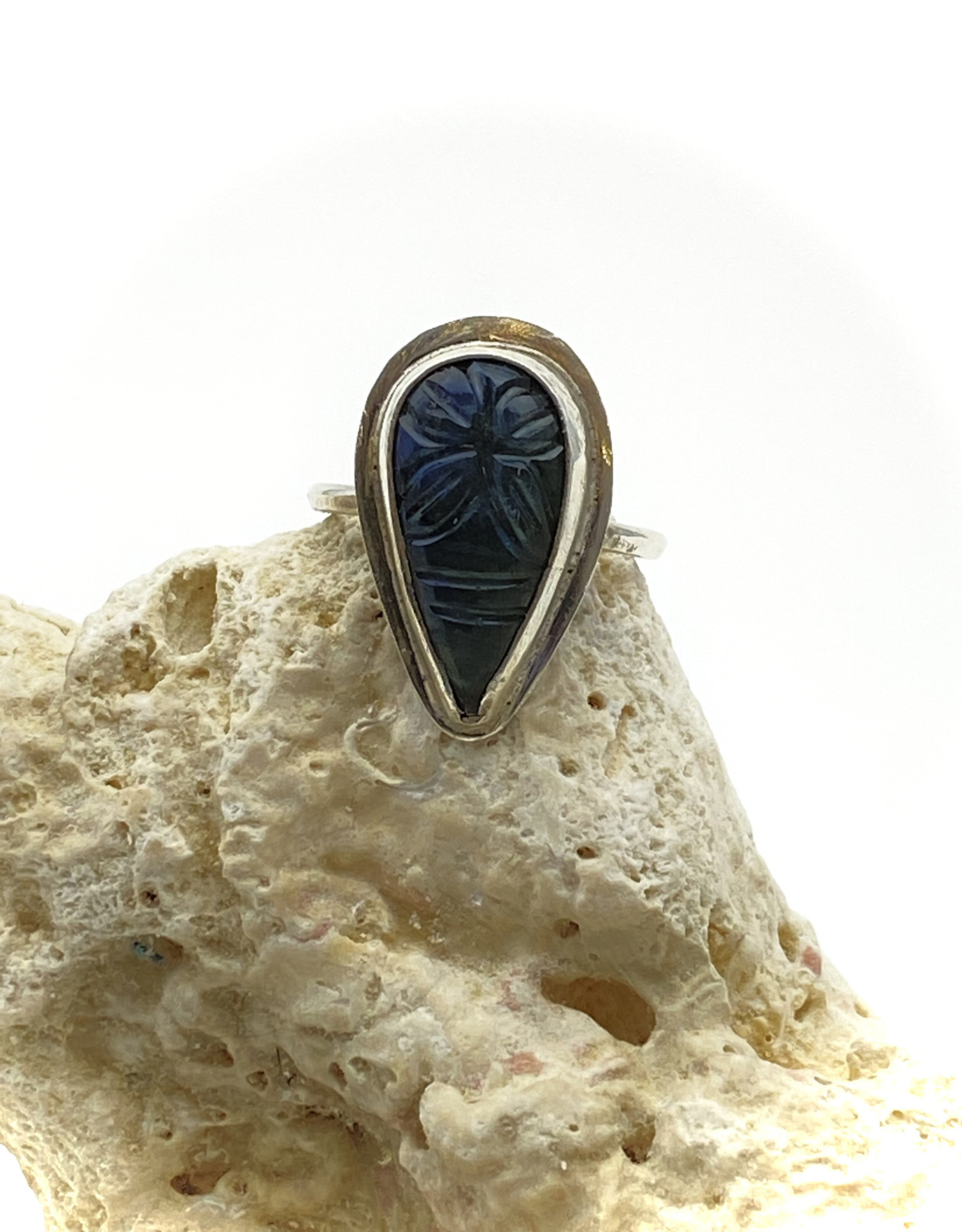 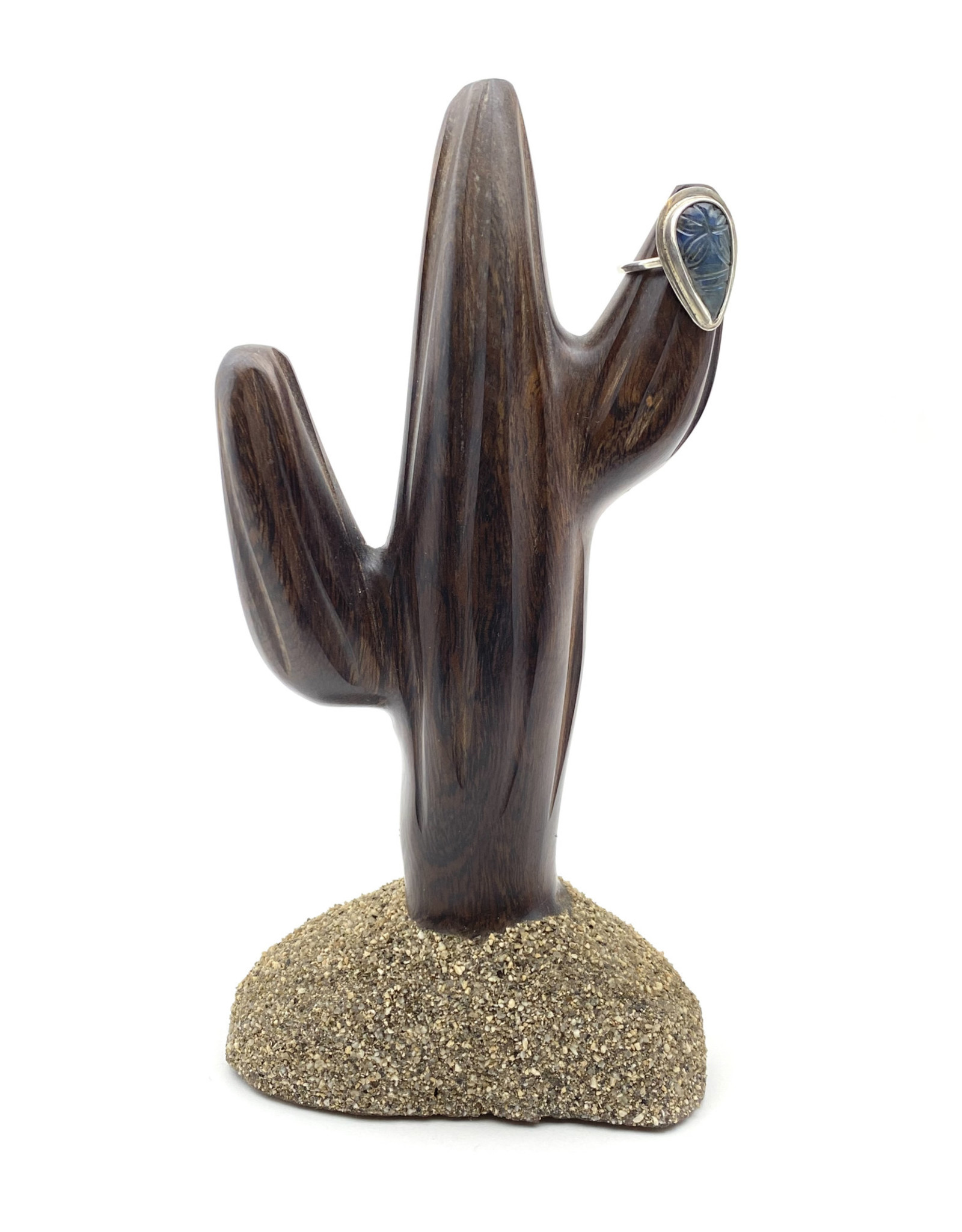 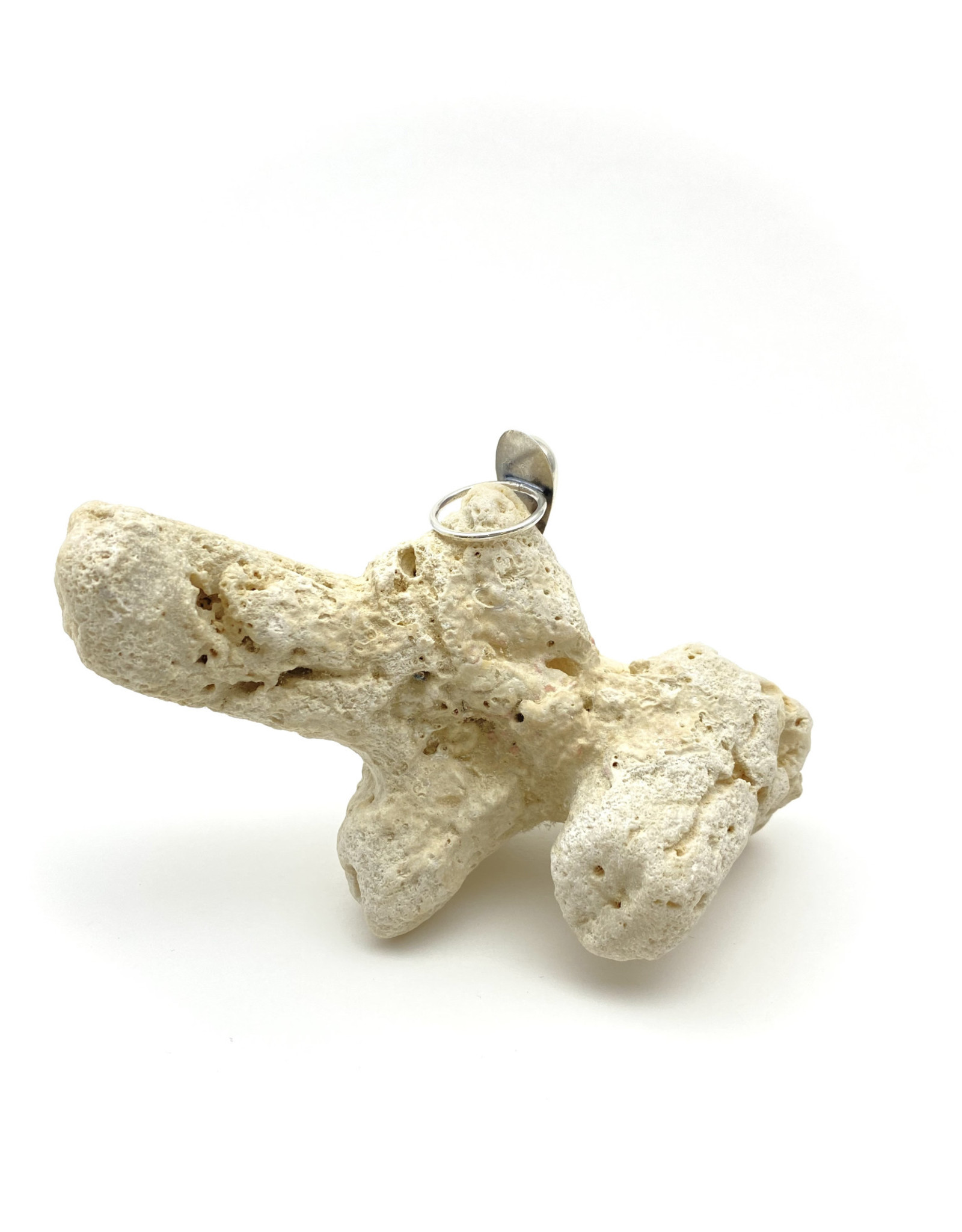 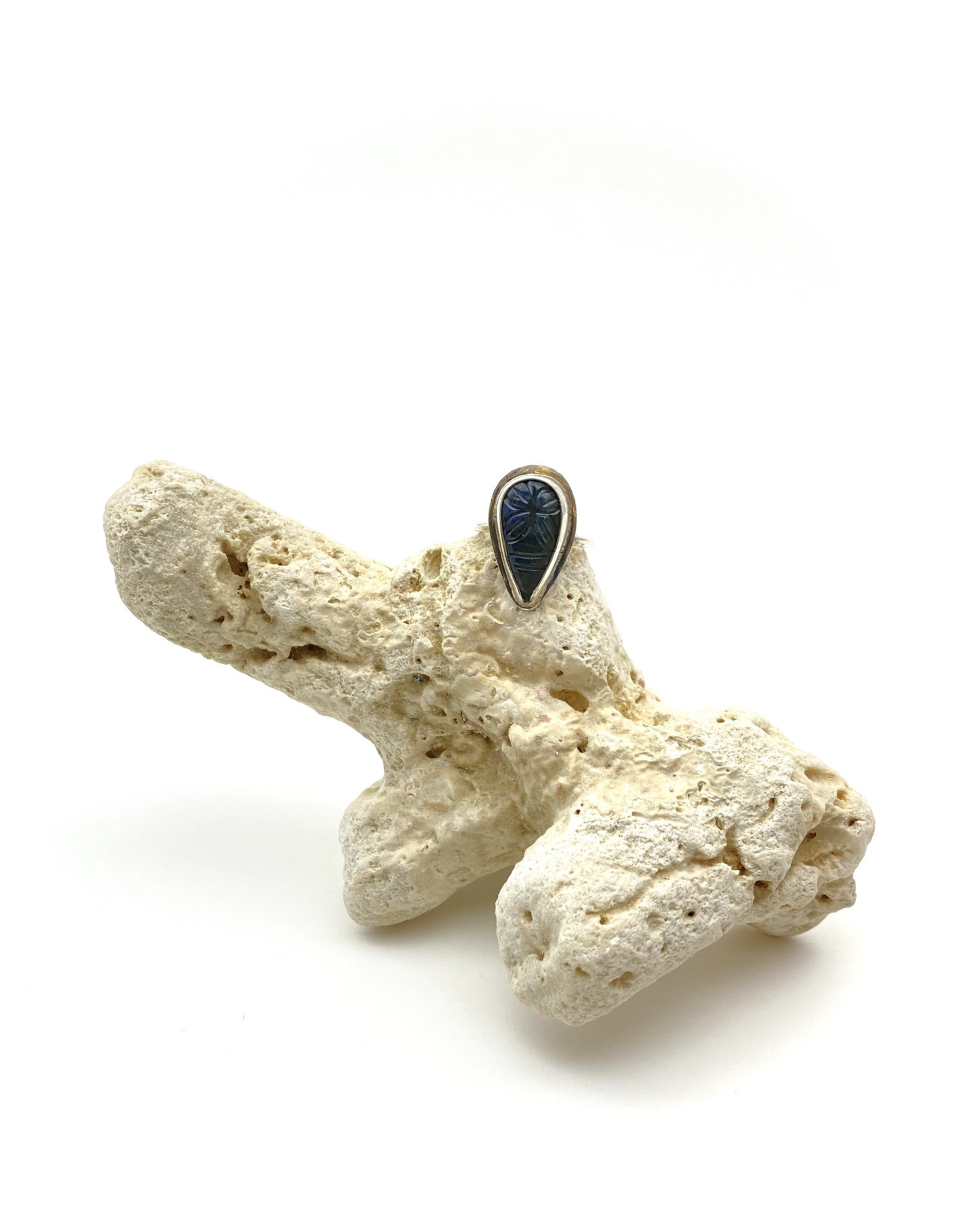 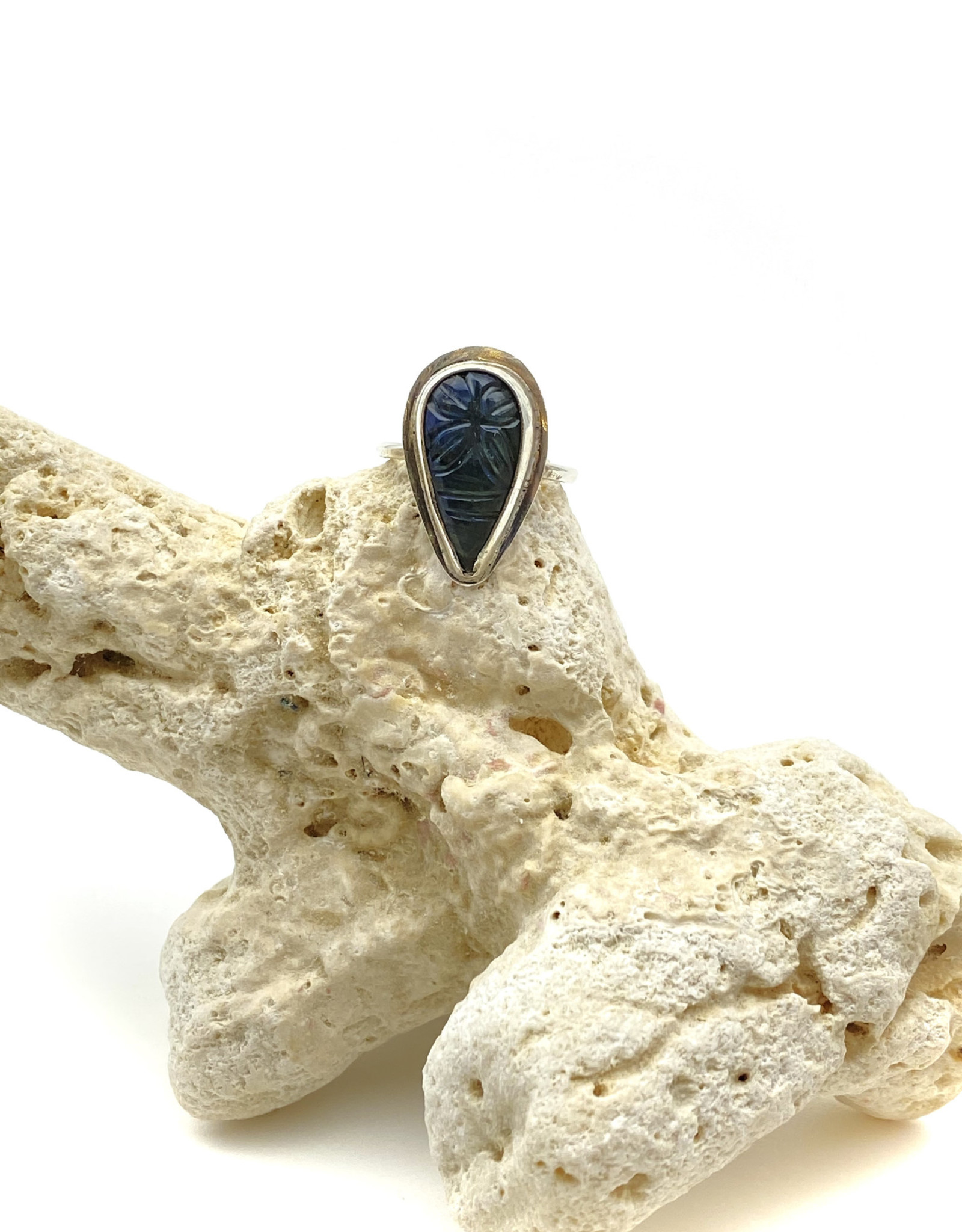 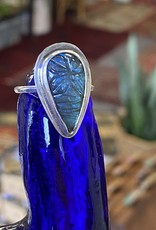 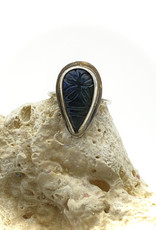 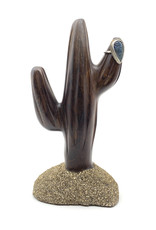 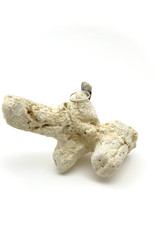 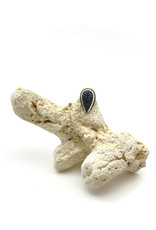 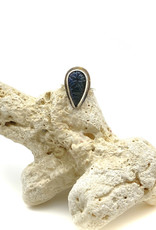 Designed by local jewelry artist Clover B, this carved labradorite ring is full of personality. With it's intricate carving (see close up image), it catches light and takes on a wide range of blue from deep, dark blues to an aqua blue.  The labradorite is framed in silver.  Ring size is 6.25, with the setting measuring 7/8" tall and 1/2" wide. 3.9 grams weight.

Labradorite is a member of the Feldspar family and is treasured for its remarkable play of color, known as labradorescence. The stone, usually gray-green, dark gray, black or grayish-white, is composed in aggregate layers that refract light as iridescent flashes of peacock blue, gold, pale green, or coppery red. The predominant blue varies within the light, displaying hues from deepest blue to various shades of pale, almost blue-green. It was first discovered in Labrador, Canada, by Moravian missionaries in 1770 who named it for the area. It is, however, referenced in legends by older Inuit tribes, and was known to be in use by the Red Paint people of Maine for over a thousand years. It became a popular gem in Europe in the eighteenth and nineteenth centuries. [Simmons, 225][Eason, 163][Melody, 367]